This week has been one for writing. One of the pieces I worked on was a guest post for Dutch beauty and travel blog, The Beauty Suitcase. It was of course a Bermuda travel guide! I thought you guys would be interested in the highlight reel as well, although I’ve condensed it so as not to repeat things I’ve already said here, but if you’re interested in the full version (or haven’t been following along on my Bermuda adventures), click here!

The moment you step off the plane in Bermuda (onto a stair car, they don’t have jet bridges here), the first thing you’ll notice is the humidity: pleasantly warm but thick, wet air. Depending on the time of the year, it can be wonderfully refreshing—not to mention great for your skin—or almost overwhelming (and if you have curly hair, forget about taming it until you go home!).

There are plenty of taxis waiting at the airport—with just a handful of flights per day, they know when to arrive—so you won’t have any trouble getting a ride, however very few of them take cards, so make sure you have cash. The Bermudian dollar is tied to the U.S. dollar, so everyone uses both interchangeably. It’s very convenient for us Americans, but sort of confusing once you remember you’re actually in a British territory (and no, they don’t accept pounds!).

I remember some of my first impressions of the island: First, the water is far and away the brightest, bluest water I’ve ever seen in my life. It seems to be lit from below with a turquoise light—absolutely stunning. Foliage reminds me of South Carolina—a mix of deciduous and palm trees—which is less tropical-feeling than I expected. And there was something about the infrastructure (roads and public buildings anyway) that reminded me of the Caribbean or Central America.

As tourism is a big business here, there are plenty of hotels and I really haven’t heard many bad reviews about any of them. Keep in mind that “town” here means one thing: Hamilton. If you’re looking to be where the action is without spending a lot of money on transportation, I’d recommend staying at the Fairmont Hamilton Princess, which is within walking distance of everything. The Princess’ sister hotel, Fairmont Southampton, is perfect if you’re more in the mood for a beach vacation, and they offer a ferry back and forth between hotels.

Where to go: The main drag of Hamilton is Front Street, which—you guessed it—is right on the waterfront. Much of the shopping here is tailored to cruise ship arrivals, so there are several high-end stores and gift shops. If you go one block back from the water to Reid Street, you’ll get a better picture of everyday life for Bermudians. Spend some time walking around town, getting a sense of the place. Europeans may not find it as exciting, but there is history here that most of America just can’t match. Even the post office feels like you’ve stepped back in time a few centuries. There is a national portrait museum and aquarium of course, but for touristy activities, I’d recommend getting out of town.

What to do: You can hop on the ferry for just a few dollars and sail directly to Dockyard, which is where the cruise ships usually dock. It’s an old Navy yard, and very cool to spend some time walking through the lawns between the old walls. There are a number of bars and restaurants—including one on a boat decked out to look like a pirate ship—and what I’d wager is the best mini golf in the world! I know it sounds silly, but Fun Golf’s nearly 360-degree ocean views can’t be matched.

If you’re feeling adventurous, rent a scooter instead of taking the ferry so you can take in the views along Middle and South roads on the way back. There are really only three roads that run the length of the island, so you can’t get lost, but driving can be a little bit crazy. Take a break by pulling in to any of the lay-bys along the way so you can see the stunning parks and beaches that dot the south coast. 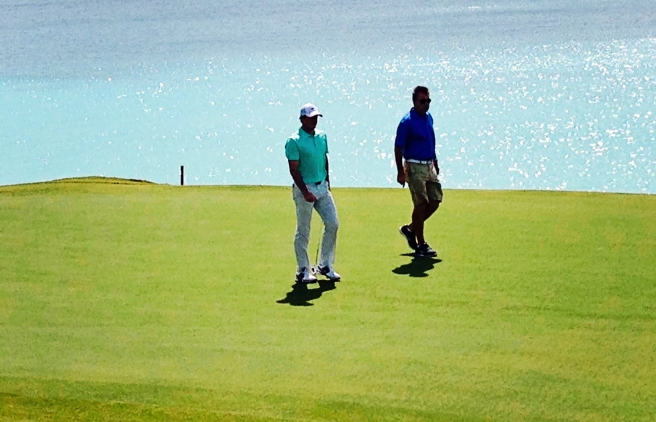 Bermuda is a golfer’s paradise—there are seven high quality courses to choose from within the island’s twenty square miles. Port Royal recently hosted the PGA Grand Slam (that’s Rory McIlroy in the pic!), and Tucker’s Point (back toward the airport) is also very nice. Tucker’s has a fabulous spa, hotel and restaurant as well, so you could make a day or two of it! It’s near the airport, so I’d recommend staying here at the very beginning or very end of your trip.

Also in that area is Grotto Bay, a resort that has ocean rentals in a protected bay. Rent a boat or paddleboard and head over to Castle Island beach—only accessible by water (except for the people who own the private land adjacent to it) and very shallow, it’s a great place to drop anchor and hang out for the day!

I’d be remiss if I didn’t recommend heading out to St. George’s, the first permanent English settlement on the island, and arguably North America. Settled in 1612, the town is an UNESCO World Heritage site and totally worth the visit, with reenactments, tours and, most exciting for me, a printing museum!

Where to eat: Dining here is a bit hit or miss, but you usually can’t go wrong with seafood! I’m not a huge fan of cooked fish, but I love sushi. Two of my favorites are Pearl and Beluga Bar. The latter is actually located in a mall, but don’t let that sway you: it might just be the better of the two.

My favorite restaurant on the island is Bolero Brasserie, which looks out over Front Street, so if you decide to sit on the second-story patio, you’ll get to watch the goings-on. However, I really like the dining room here, so I’d recommend sitting indoors, and grabbing a drink on the patio at Red Steakhouse afterward.

Speaking of cocktails, drinking might be Bermuda’s unofficial national past time. Harry’s is one of my favorite haunts—plus Jason is the only bartender on the island I’ve found so far who can make a decent brandy old fashioned! Their dinner menu is really fantastic as well, although I have to admit we’ve always eaten in the bar. Muse, also on Front Street near the ferry terminal, offers several interesting cocktails and three floors of eating and drinking space. They also have a menu of truly decadent French fare that is really, really tasty. If you’re a wine drinker, try the Wine Bar next to Little Venice on Bermudiana Road, just one block up from Front Street.

Off the beaten path a bit is Art Mel’s, which has been named the best fish sandwich on the island. There are several really good Indian restaurants as well, my favorite is House of India.

Enjoy and let me know when you visit the island!

View all posts by 622press 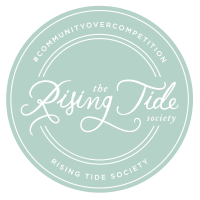